So, I promised to put up before and after pictures of Mike, relating to his recent encounter with Big Brother Chemo. He expected to lose all of his hair, but not so fast, my friend. These aren’t perfectly posed for exact comparison, but you will get the general idea. I have a “before” of Mike’s wayward eyebrows, but no exact follow-up pose. Nevertheless, you will see that his eyebrows remain pretty much intact, possibly a little more civilized. 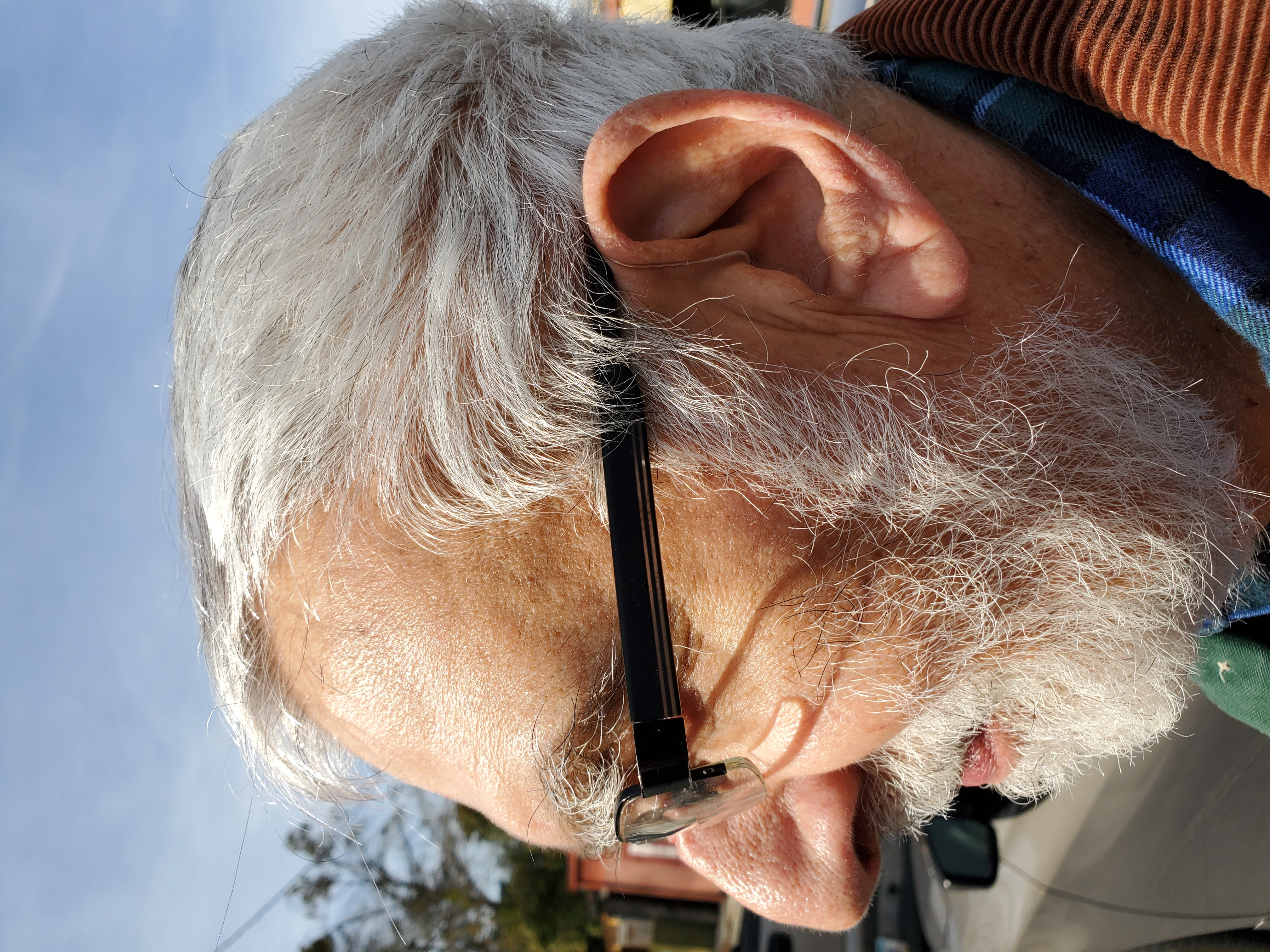 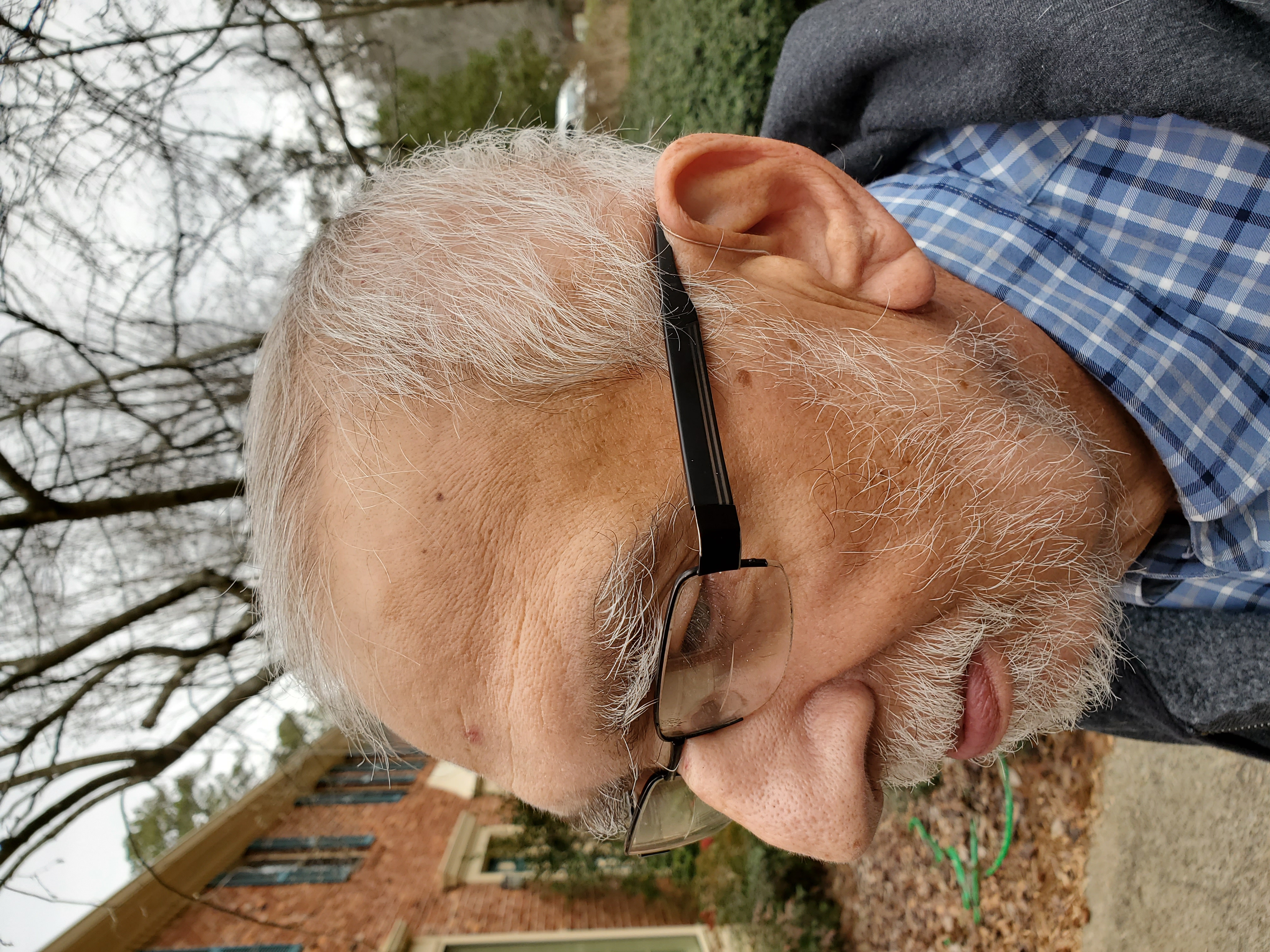 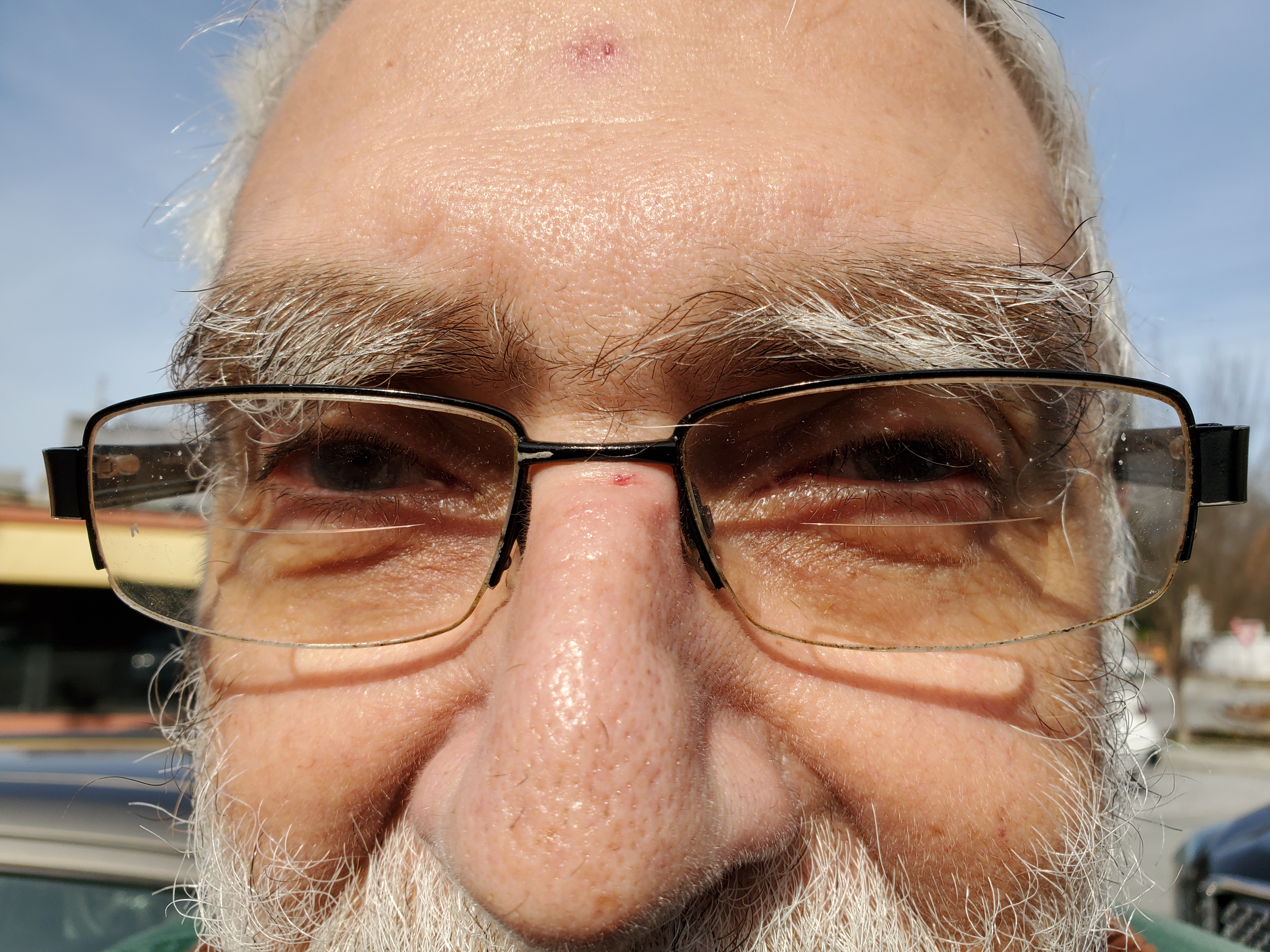 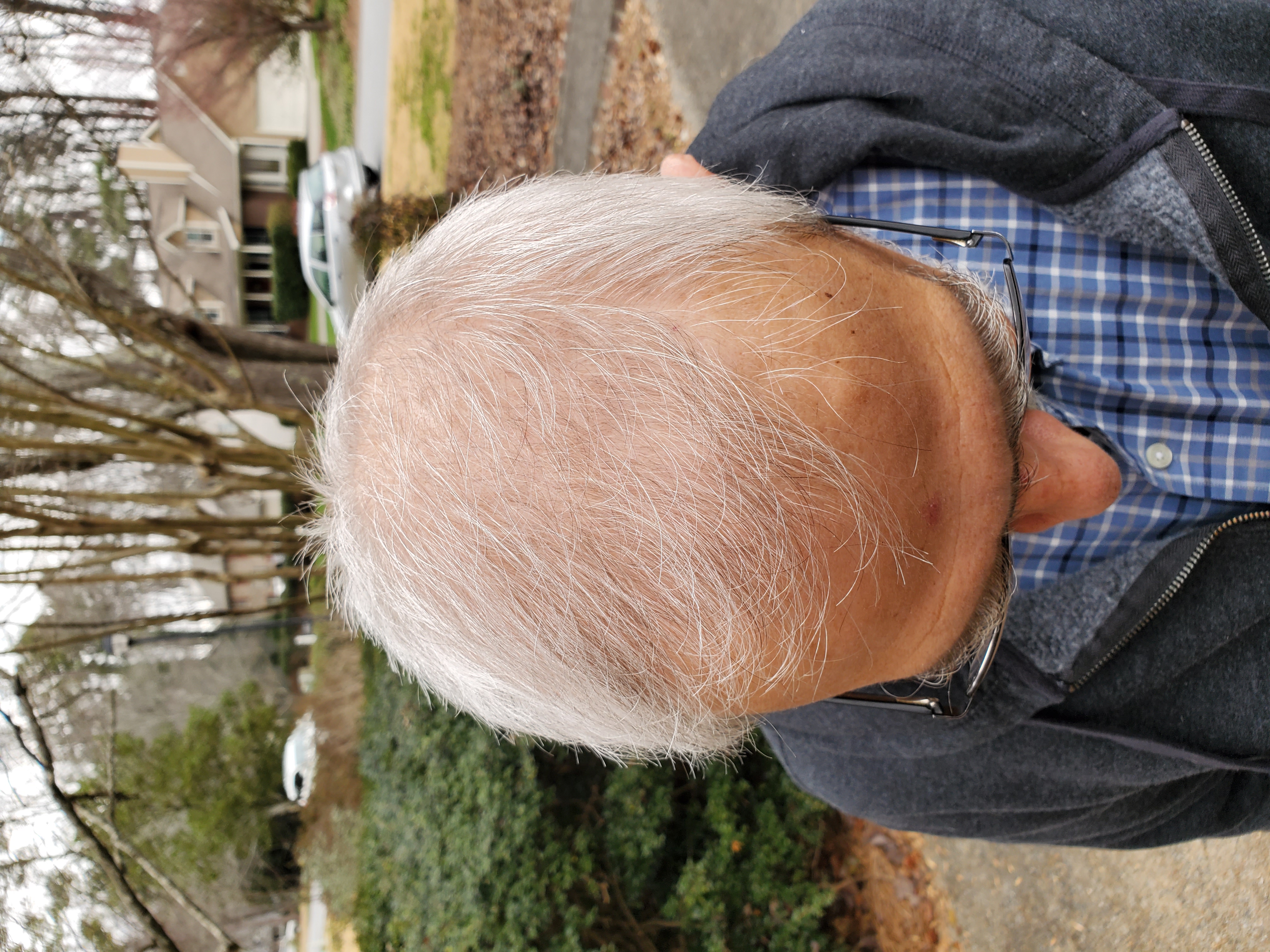 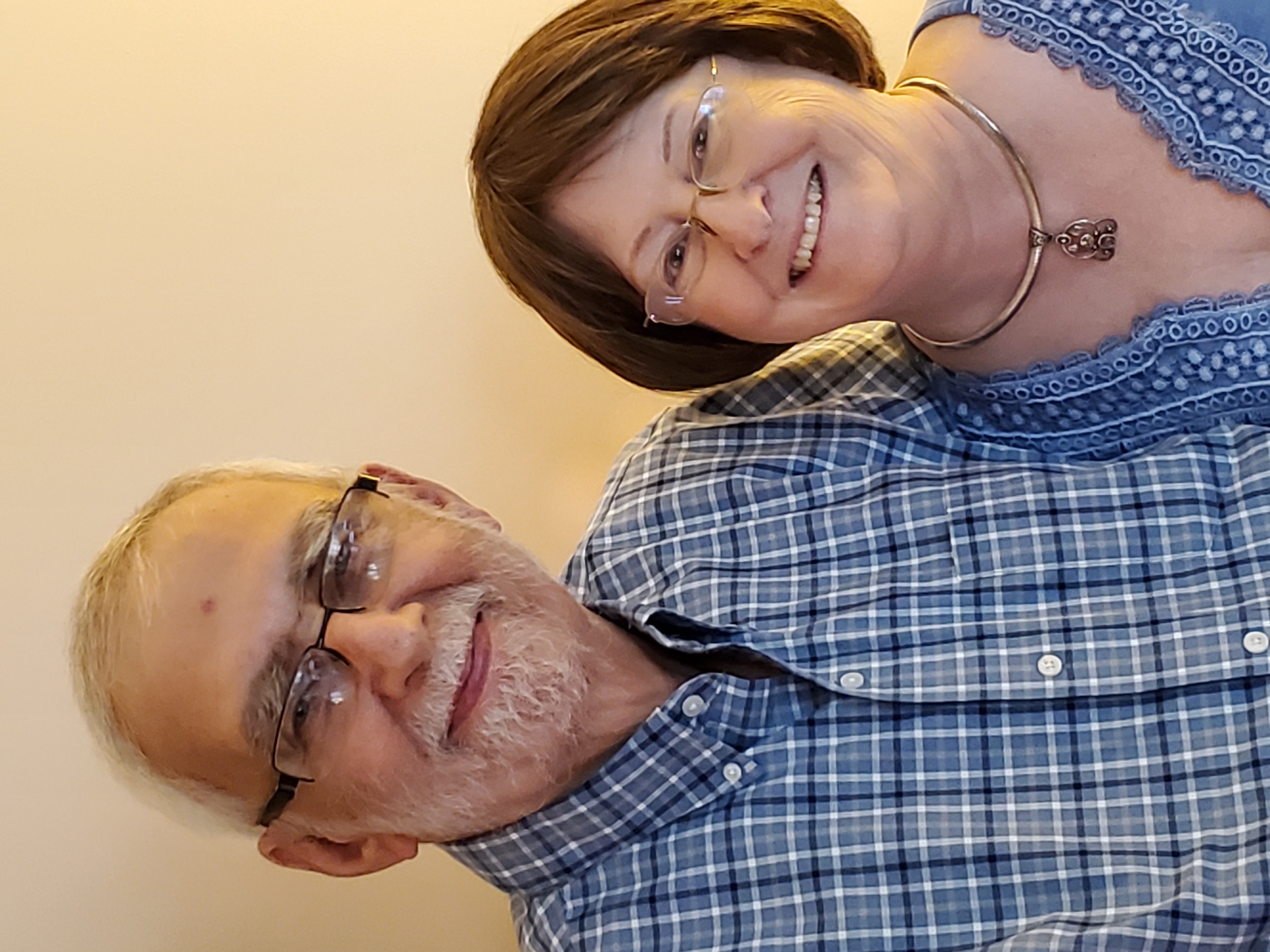 This is an “after” photo of Mike and Judy. Are they not adorable?

So, as you can see, Mike is a little thinner on top, and his beard is somewhat motheaten in appearance. He is no longer losing hair, so he hopes to get back to his former self eventually. You will notice that his nose did not get any smaller. You may have also noticed the red mark in the middle of his forehead, what he refers to as his “Mark of Cain.” (See “The Mark of Cain, Feb. 25, 2018.) If Mike wants to glorify himself with a Biblical reference, so be it. In my opinion it is just a hemangioma.

You may also have noticed in the profile pictures that Mike has a rather prominent supraorbital ridge (the bony ridge above his eyebrows) and a somewhat sloping forehead. He credits his 2% Neanderthal ancestry for this feature.  As you may know, the Neanderthal species of humans only disappeared about 40,000 years ago. However, there was sufficient interbreeding between homo neanderthalis and homo sapiens that their genetic remnant persists. Mike thinks that they persisted in mythology as well. He says that the Biblical story of the twins, Jacob and Esau, the sons of Isaac, tells the story of the smooth man (Jacob, representing h. sapiens) and the hairy man (Esau, representing h. neanderthalis). In this story the smooth man prevails, because he had greater cunning than the hairy man, who was more of a wild man who enjoyed hunting more than tending to flocks of goats and sheep. It is interesting to speculate about this, not that it is provable one way or the other.

So, Mike continues to make good progress. We thank all of you for your continued prayers and love. Have a safe and healthy week, and don’t forget to pray for world peace. So long from Happy Meadows.

6 thoughts on “Before and After”